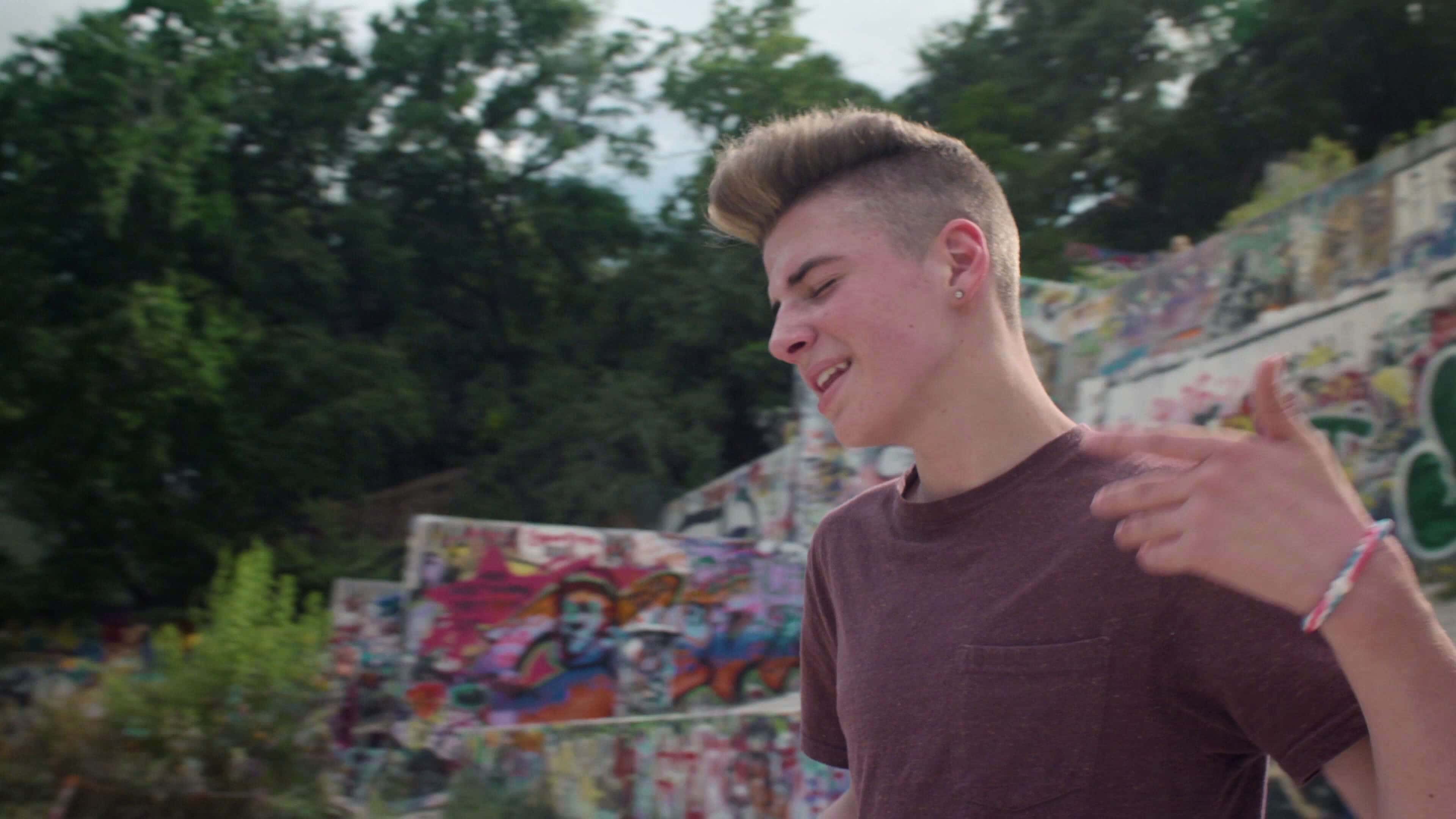 Carriage House Entertainment was commissioned to create a single for Zach Clayton in the vein of Mindless Behavior meets One Direction. Carriage House was instructed to create a statement song that speaks to who Zach is as a person. At the time popular YouTuber, RiceGum created a viral video series titled THESE KIDS MUST BE STOPPED!. The series showcased short video clips of teenagers behaving precociously and ridiculed them for this behavior. Upon successfully “roasting” or ridiculing his subjects, RiceGum would at times hand out “L’s”, short for losses, as a sign of humiliating defeat to the subjects in his videos. Zach was featured in the video BRUHITSZACH AND WESTONKOURY ROAST ME. Zach managed to avoid any lasting damage to his image by taking the criticism in stride. This event served as the inspiration for the song.

On April 30th, 2016, the first lyrics came to Tadjh Brooks in the shower: “I don’t care what people say. Not taking any L’s today.” Tadjh pitched the concept to Billay Brooks and Tae Brooks to which they were immediately on-board. From there they began composing the instrumentation while adding other key lines such as “I shine a light on all the shade, ’cause love is in my DNA.” Zach was sent a “doughnut”, an incomplete song typically featuring basic instrumentation and placeholder Chorus vocals, of this writing and recording session, to which he loved right away. Having been given the green-light, Rachel West was brought in to flush out the rest of the song. Song-writing was finished by May 17th, 2016. Zach began recording his vocals at Carriage House Studios in Sherman Oaks, California on ‎June ‎27, ‎2016. Nothin’ but Love was mastered by LANDR and completed on July 8th, 2016.

The music video was filmed at Graffiti Park at Castle Hill in Austin, Texas on July 21st, 2016. Rudan Custodio directed and edited the video on the same day. Overnight, Tadjh Brooks composited special effects and colored the music video. The video premiered on J-14 Magazine on July 22, 2016.